Barcelona are expected to confirm a new four-year shirt sponsorship deal with Qatar Airways before the end of the month worth £48million (€65m) per season that will help keep the club on a commercial par with Manchester United.

The club’s president Josep Bartomeu set the deal in place before elections in the summer. Having been re-elected he now needs the club’s members to ratify it at the annual assembly on October 24. 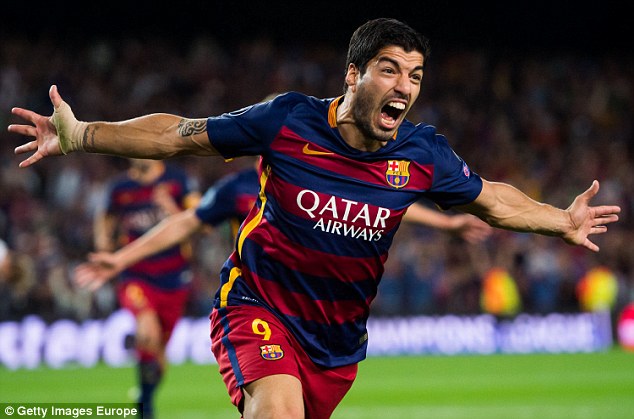 Barcelona are set to confirm a new four-year shirt sponsorship deal with Qatar Airways worth £48m per term.

There has been opposition in the past from members who say the club should be able to find less controversial alternatives to a brand linked with the 2022 World Cup but Bartomeu has always maintained the deal is with an airline not Qatar, and he has argued that it is wholly necessary if Barcelona are to compete in the transfer market with Manchester United.

United were linked with Neymar in the summer and their current shirt sponsorship agreement with Chevrolet, worth £52m a season, is the biggest in football.

Barcelona’s current Qatar Airways deal is for £26m (€35m) a season and ends at next year. The £22m (€30m) bonus would reward Barcelona for renewing and would be paid at the end of this season meaning the club would pick up the new £48m (€65m) figure for this season, as well as for the next four years. 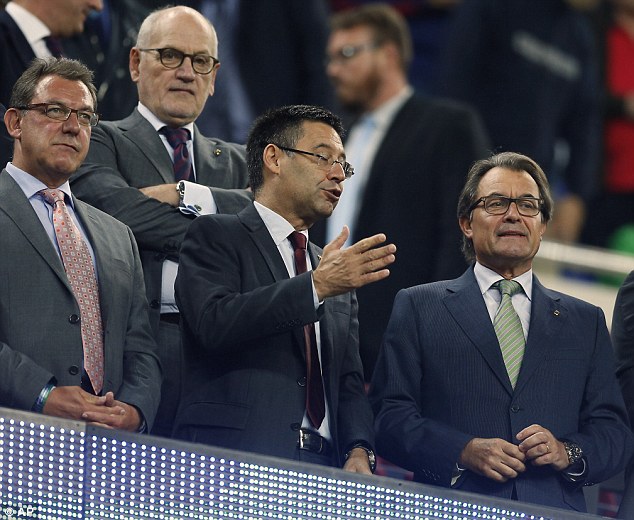 Barca president Josep Bartomeu (centre) set the deal in place before elections in the summer.

The new agreement with Qatar Airways will not include sponsorship of the club’s training shirts which will be sold separately.

The club have also not ruled out fast-tracking their plans to invite sponsors to put a name to the Camp Nou. Spanish clubs have watched how European competitors have upped their income by selling naming rights with Bayern Munich’s Allianz Arena making them £6m (€8m) a season and Arsenal receiving the same amount from the Emirates.

Barça president Bartomeu believes the club could earn as much as £15m (€20m) a year and is considering presenting a proposal to club members in 2016.

© 2015 Mail Online | This article was written by Pete Jenson and first originally appeared in Mail Online on 8 October 2015.