BEIJING—English soccer club Aston Villa, whose fans includes Britain’s Prince William, has found an owner from China, where President Xi Jinping has made development of the sport a national ambition.

Recon Group, a holding company owned by businessman Tony Jiantong Xia, has bought “100%” of the Birmingham club from its former chairman, Randy Lerner, according to Mr. Xia and the club.

Mr. Xia said in an interview on Thursday that he agreed to pay an initial £75 million ($109 million) for the club, plus an additional £40 million if the team, just relegated from the English Premier League to the second tier of English soccer, gets promoted back to the top flight and stays there for three years.

Aston Villa declined to comment on the exact figures of the acquisition.

Mr. Xia said he first saw Aston Villa play a decade ago at its home stadium of Villa Park, and that he chose it after visiting eight Premier League clubs. He said he sees great business potential in the sports industry in China, especially soccer.

“We intend to make more moves in investing in the soccer industry in China,” said Mr. Xia, “and I believe this purchase can give me the best learning opportunity in how to run the business.” 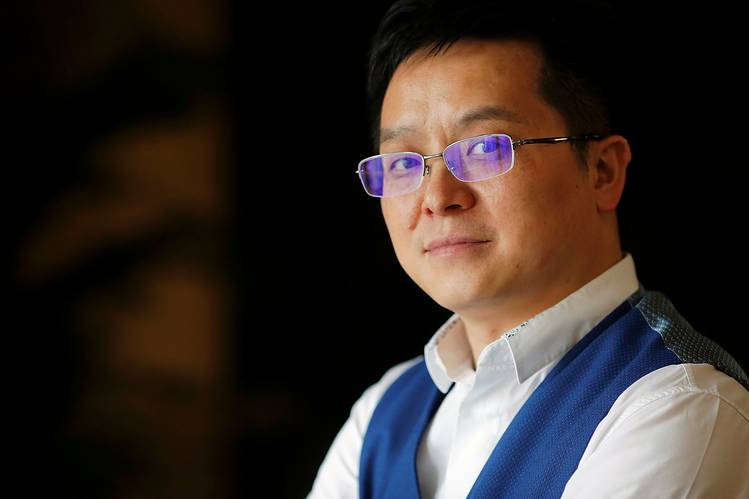 The agreement is still subject to approval from the English soccer regulator, but Mr. Xia said he already is making ambitious plans, including the announcement of a new coach within two weeks.

Former Aston Villa chairman Mr. Lerner, an American, was widely known to have been searching for buyers during the past few years as the club’s on-field performance declined. This season, Villa finished at the bottom of the Premiership by a wide margin, with just three wins in 38 matches.

As the season was drawing to a close, Mr. Xia voiced his support for the team on Chinese social media. “Go, Villa, Go! We will be back!” he said in a May 8 post from his Weibo microblogging account. The post was accompanied by a picture of Tom Hanks, an Aston Villa fan, as a running Forrest Gump. He also tagged British Prime Minister David Cameron, who also claims to be a Villa supporter.

The acquisition is the latest example of Chinese money that has flooded the world’s most popular game since President Xi came to power in 2012.

During a visit to the U.K. last year, Mr. Xi visited renowned Premier League club Manchester City and snapped selfie photos with the club’s Argentine forward Sergio Agüero and British Prime Minister David Cameron. Two months later, a consortium of Chinese firms said it was investing $400 million for a minority stake in the company that owns the club.

Mr. Xi has repeatedly expressed his three-part “soccer dream” for China to qualify for another World Cup, then host the tournament and ultimately win it.

Guangzhou Evergrande Taobao, a team backed by a real-estate conglomerate and Chinese Internet tycoon Jack Ma, won the Asian Champions League trophy twice in the past three years and has been on a spending spree to get big-name players, including the signing of Colombian striker Jackson Martínez for €42 million ($47 million). Wang Jianlin, China’s richest man, owns a 20% stake in Spanish powerhouse Atlético Madrid.

Asked if he thinks such deals are a way of pandering to President Xi, Mr. Xia said, “If President Xi likes this sport, I don’t think it is a bad thing that people make efforts to boost the game,” he said. “To be frank, if investments are not for that reason, it seems strange to me.”

But he emphasized that his purchase of Aston Villa was part of a business strategy. “We are investing because we think soccer is the future of China’s sports-culture industry, and we want to help Chinese soccer,” Mr. Xia said.

Shares in a company in which Mr. Xia is the biggest shareholder, Lotus Health Group, rose 5.1% in Shanghai trading Thursday after news of the Aston Villa deal.

The company, also known as Lianhua Jiankang, drew headlines last year when it said in a filing it had nominated as an independent director Xi Yinping described by Lotus Health as having been a vice director for a research foundation named after President Xi’s father, revolutionary hero Xi Zhongxun. Local media say Xi Yinping is a relative of the president, with the two sharing a great-grandfather. Those reports couldn’t be independently confirmed.

Lotus Health’s shares soared in response to the nomination, which was revoked the next day, and the shares gave back those gains.

Asked about the nomination, Mr. Xia and a Recon Group spokesman declined to comment.

In a briefing at China’s Ministry of Foreign Affairs, Hong Lei, a spokesman, said the Aston Villa deal made good business sense and that China hopes it will “play a positive role in boosting Chinese soccer.”

Mr. Xia said he hopes to take advantage of Villa’s youth camps to train promising young Chinese players. He said he would run it as a business, not burn through money.

On Chinese social media, a number of soccer devotees joked that they were “30-year Aston Villa fans,” a reference to a sudden emergence of self-proclaimed longtime fans of Premier League underdog Leicester City after that team won the league title this year.

Ji Wenjing, a college student who said he has followed Villa for almost 10 years, said he hoped the deal would raise the club’s profile in China. “I hope there will be a Chinese player joining the club one day,” Mr. Ji said.