Speaking at the launch today, Gallop said the objective of the pilot program was to test the idea of talented players gaining extra development in a school environment to supplement their training in a club or academy.

“FFA chose Westfields Sports High School for the pilot program based on their progressive philosophy towards player development, state of the art facilities and their proven track record of producing world class footballers including many Socceroos and Matildas,” said Gallop.

“If the pilot proves to be successful, we can look forward to similar school programs being rolled out from 2018.”

“If the pilot proves to be successful, we can look forward to similar school programs being rolled out from 2018.” 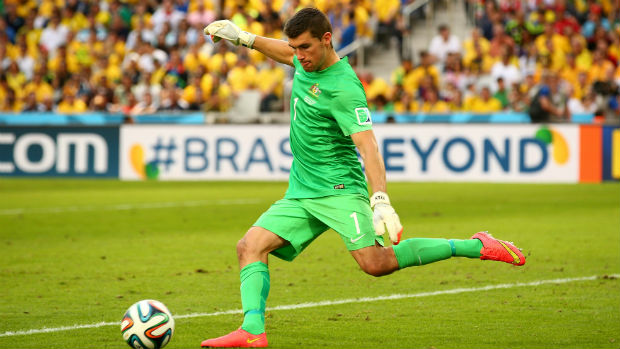 “We have always known that the Football Program at Westfields Sports is the best in Australia,” he said.

“It is an honour to have the endorsement from FFA to host this important pilot program.

“We believe that we are best placed to develop this program and are looking forward to working closely with FFA to make the High Performance Schools Program a reality.

“Our goal is to continue to produce the Matildas and Socceroos of the future,” concluded Davis.

The aim is to provide talented players 12-14 hours per week of intense training as well as game time.

To facilitate this program, the Coaching staff at the High Performance Football School will be appointed by the FFA Technical Department according to high level coaching requirements.

FFA will also implement a communication plan between the national youth teams, respective clubs, National Development Centres and the schools.

The FFA High Performance Football School Pilot Program at Westfields Sports High School will officially begin from mid-March and will be monitored by FFA during the 2016 and 2017 school years.