FFA Cup: A-League clubs now in one pot in Round of 32 FFA Cup draw

FOOTBALL Federation Australia has tweaked the structure for the Round of 32 draw of this season’s FFA Cup.

Previously, there were three pots, where the four A-League semi-finalists were grouped separately and kept away from a game at one of the suburban grounds.

However, this year, all 10 A-League clubs will be in the same pot, meaning every A-League club is exposed in the draw to either playing a rival from Australia’s top tier or playing away at a minnow across the country. 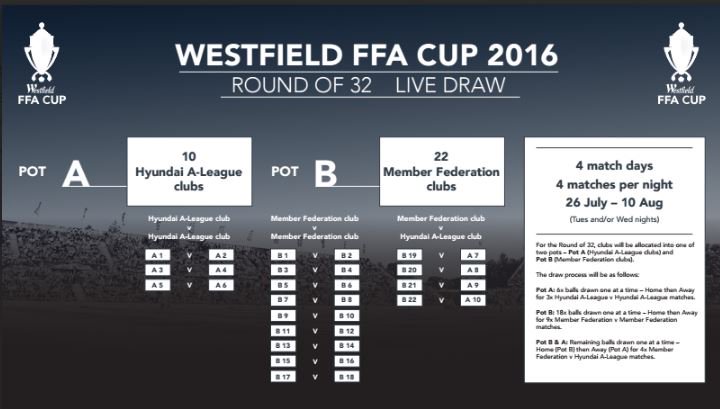 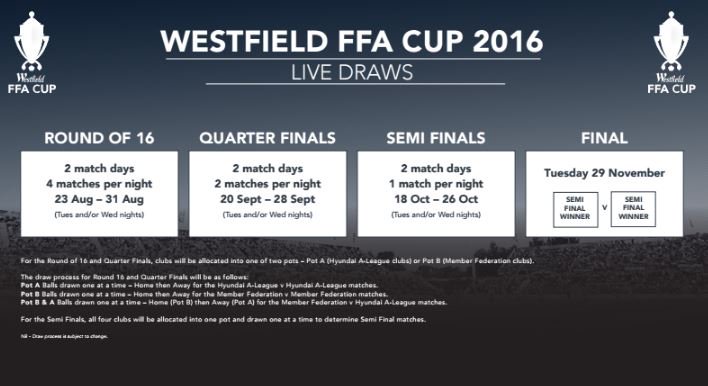 Qualifying has been underway across the country, and after 691 clubs across Australia are whittled down, the round of 32 draw will take place towards the end of June, with games to commence on 26/27 July, with four match days with four games per night. One feature game will be shown on Fox Sports, with updates from the others, plus live streams on foxsports.com.au.

“With the addition of the Hyundai A-League clubs, a total of 701 clubs will have taken part in this year’s Westfield FFA Cup, which continues to go from strength to strength and capture the imagination of football fans around the country in just its third year,” said FFA CEO David Gallop.

“The competition’s unique selling point is the appeal of watching grassroots clubs playing at suburban grounds against the pros from the Hyundai A-League.”