You are here: Home / Blog / Gallop on how Australia can inspire Chinese football

Gallop on how Australia can inspire Chinese football

June 4, 2016by jpmichail in FIA Blog
Share this:
FFA CEO David Gallop has delivered a keynote address at the World Soccer Congress in Shanghai speaking on how Australia can inspire China and Asia in football.

For Australia, a relatively small football nation, to be seen as a leader in Asia is a big tick for the game’s development and growing regional stature.

Gallop’s address touched on Australia’s organisational structure, achievements since joining AFC in 2006, the rapid rise of the Hyundai A-League and Westfield W-League as well as the Westfield Matildas and Caltex Socceroos over this period.

Gallop also noted the importance of long-term planning for China to develop, something FFA have already begun to implement.

“Australian football is very proud of our achievements in Asia,” Gallop told the Congress.

“In 10 years of membership of the AFC, Australia has won and hosted the major confederation championships for men and women.

“On two occasions, we were runners up – once losing in extra time and once in a penalty shoot-out, so it was close… 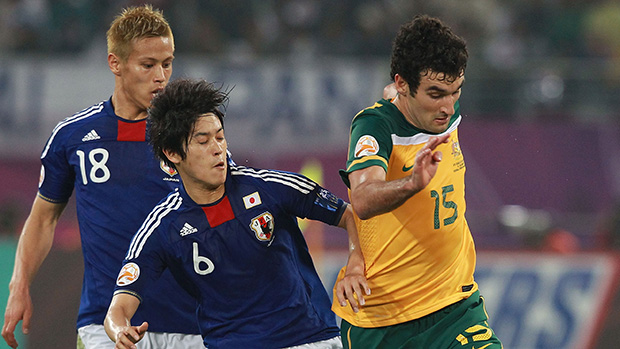 “Our A-League clubs have twice reached the ACL final, with a win to the Wanderers in 2014 and a runner up effort by Adelaide United in 2008.”

Gallop noted the Australian spirit and sporting mentality as being important to success – though it’s not the entire picture, he said.

“We have the ‘will to win’ that is nurtured in young Australians, but does that really explain our success on the Asian stage?

“It’s part of the story, but not everything.

“I’d like to offer the first insight into how Australia can inspire China and Asia.

“Before you worry about investing money and international trophies, you need to focus on community organisation.

“You see, Australian football is not wealthy.

“In fact, ranked by commercial revenues, we are no. 4 in the Australian sports marketplace. We need to very carefully use our scarce financial resources.

“But what we have are organisational structures from the national level to the smallest community,” he said.

“This pyramid is what makes Australian football strong and successful.

“We are not the wealthiest sport, but we are the most popular team sport by a mile.

“That is driven by a federated organisational structure that devolves authority down to the local level.”

Gallop also noted the extraordinary rise in popularity of women’s football at elite and grassroots levels.

“Australia is now becoming just as famous for our female players,” he stressed.

“The Westfield W-League is now eight years old and is building as a semi-professional competition with live TV coverage.

“Our national women’s team the Westfield Matildas are ranked no. 5 in the world – much higher than the men – and have qualified for the Rio Olympics this year.” 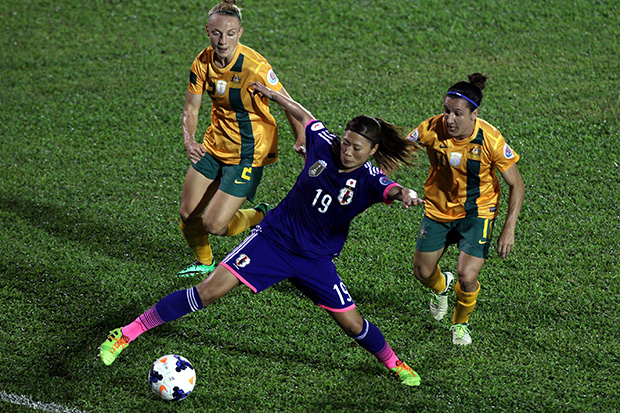 His advice to China was to focus on club football and plan for the future in a responsible and measured way.

“I understand that China’s focus for development is on school-based football and that is worthy indeed.

“However, in the Australian experience, the club system provides a strong community and cultural environment for young players.

“The key insight is this – in Australia we do not try to do ‘talent spotting’ by some scientific monitoring or widespread surveillance of players.

“We encourage them to play from age 5.

“If by age 12 a player is outstanding, he or she will be selected for an elite junior team to further develop, but that’s doesn’t mean the door is shut on others.

“For example, Tim Cahill was not considered an elite junior. He didn’t make any programs for talented youngsters, but he did get to play a high level of competitive club football.

“As a teenager, his parents bought him a ticket to London and he made his name with Millwall and Everton. The rest is history. 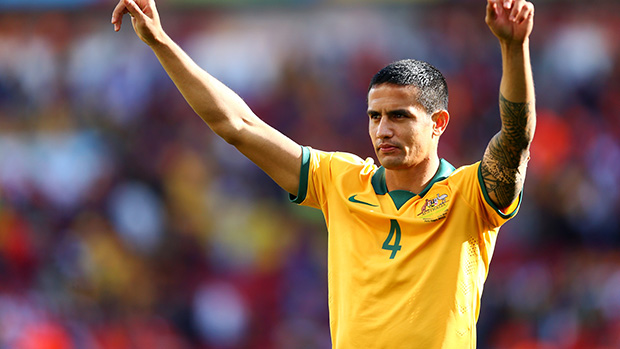 “The same is true of other current Socceroos, such as Tom Rogic of Glasgow Celtic and Matthew Leckie of Ingolstadt in the German Bundesliga.

“They all missed the elite young pathways, but with a strong club system they still progressed into the professional ranks.

“While our 2,300 clubs and 600,000 outdoor players are the grassroots of our game, the other layers of the pyramid have a crucial role.

“A second insight on how Australia can inspire China and Asia is long-term planning.

“It was the result of unprecedented consultation with the Australian Football community and major stakeholders.

“There was a unity of purpose behind the plan.

“The Plan provides the landmarks towards the strategic objective of becoming the largest and most popular sport in Australia.”

Another key plank of Australia’s organisation and planning is the National Curriculum and coach education, explained Gallop.

“The National Curriculum introduces detailed training sessions and models to enable coaches to deliver the methods central to the implementation of the playing philosophy outlined in the first version in 2009,” he said.

“The Curriculum answers key questions: How should Australians play football?

“What skills and style best suite our nation and our hundreds of thousands of players?

“These are fundamental questions that should engage the minds of everyone involved in the game from the professional tier to the grassroots.”

The third and final area Australia could inspire China and Asia, the FFA CEO explained, is in competitive balance at the elite club football level.

“FFA imposes a Salary Cap of $2.5 million per club, which equates to an average salary of around $110,000 per player.

“There’s a limit of 23 professional players per club, with a maximum of 5 foreign players.

“Why do we place these restrictions on our clubs?

“There are three important reasons.

“The first is competitive balance. We want the fans of every club to start the season believing that they can win the championship.

“I know that Leicester City in the EPL has re-written the rule book on that one, but normally the EPL is a race of the richest… Manchester City, Manchester United, Chelsea and Arsenal.

“In Australia, with a young league and an ultra-competitive marketplace, we can’t have the same few clubs winning every year. 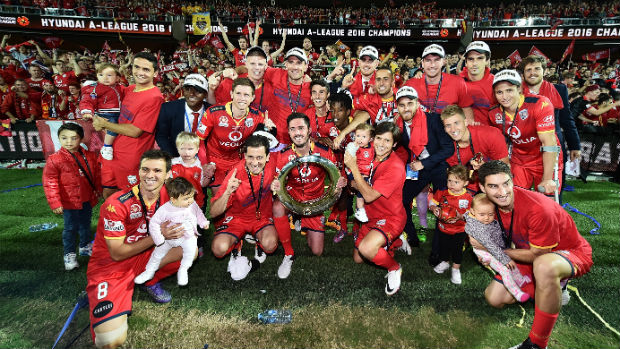 “Sport is great unscripted drama. That’s what we are selling. Uncertainty. Upsets. Drama. Everyone has a chance.

“The second important reason is economic.

The financial model of the A-League means FFA distributes $2.5m to each club – exactly enough to cover the salary cap payments.

“That leaves the club to fund its other costs – coaches, marketing, venues, front office and so on.

“We need to have clubs reaching break-even point and then moving to profitability. The mechanisms are helping achieve that goal.

“Of course, there’s an exceptions to every rule…

“Each club is allowed to sign two marquee players with unlimited salaries.

“To give an example, the Italian legend Alessandro del Piero signed a contract with Sydney FC worth more than the entire salary cap.

“This was actually a clever economic play.

“The investment was more than recouped in revenue increases from box office, membership, sponsorship and merchandise, plus the huge boost in brand value of Sydney FC in Australia and around the globe. 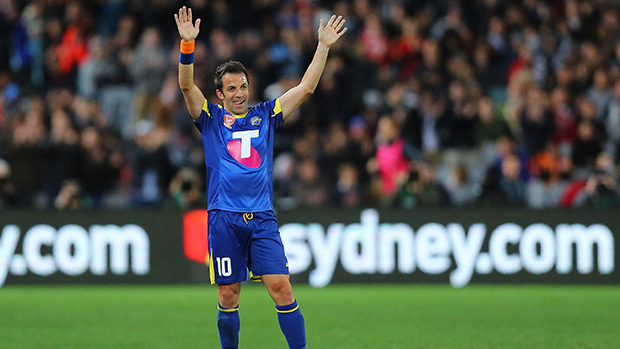 “The third reason for the mechanisms is to encourage club investment beyond the primary professional squad.

“Our strategy has connected the semi-professional women’s league to the A-League.

“Eight of the 10 A-League clubs also run a women’s team in the Westfield W-League.

“All the clubs also have a team in the Foxtel National Youth League, which is an under 20 competition with the allowance of up to four over-age players.

“The next link in this player pathway is that the A-League clubs place their youth teams in the local state-competition, the National Premier Leagues.

“This means the under 20 players can play around 40 matches a year in the National Youth League and the state competition.

“Under-pinning this pathway are a new addition – A-League academies.

“These are just starting up, but in full bloom the academies will take in players from 12 years of age and provide an elite training environment.”

Gallop ended with some advice for China, which he hoped would inspire their football journey.

“Australia has shown that the virtues of organisation, long-term planning and financial discipline are crucial to our success.

“It may be that China can be inspired by those virtues on the nation’s journey to becoming a true football nation.”