The Australian, 22, who enjoyed a first team breakthrough under Jurgen Klopp, won the academy’s players’ player of the year award.

“I’m a bit nervous,” he said when accepting his award.

“Obviously it’s a privilege to win this award, the other nominees could have all won it as well and have had a good season.

“Thanks to all the senior boys who have helped me out this year, teaching me some new stuff.

“Thanks to the coaches, and the coaching staff and the manager for giving me my chance.”

The Brazilian scooped the awards, winning the player of the year vote from the fans and his teammates, as well as the goal (v Manchester United in the Europa League) and performance (v Manchester City in 4-1 win) of the season. 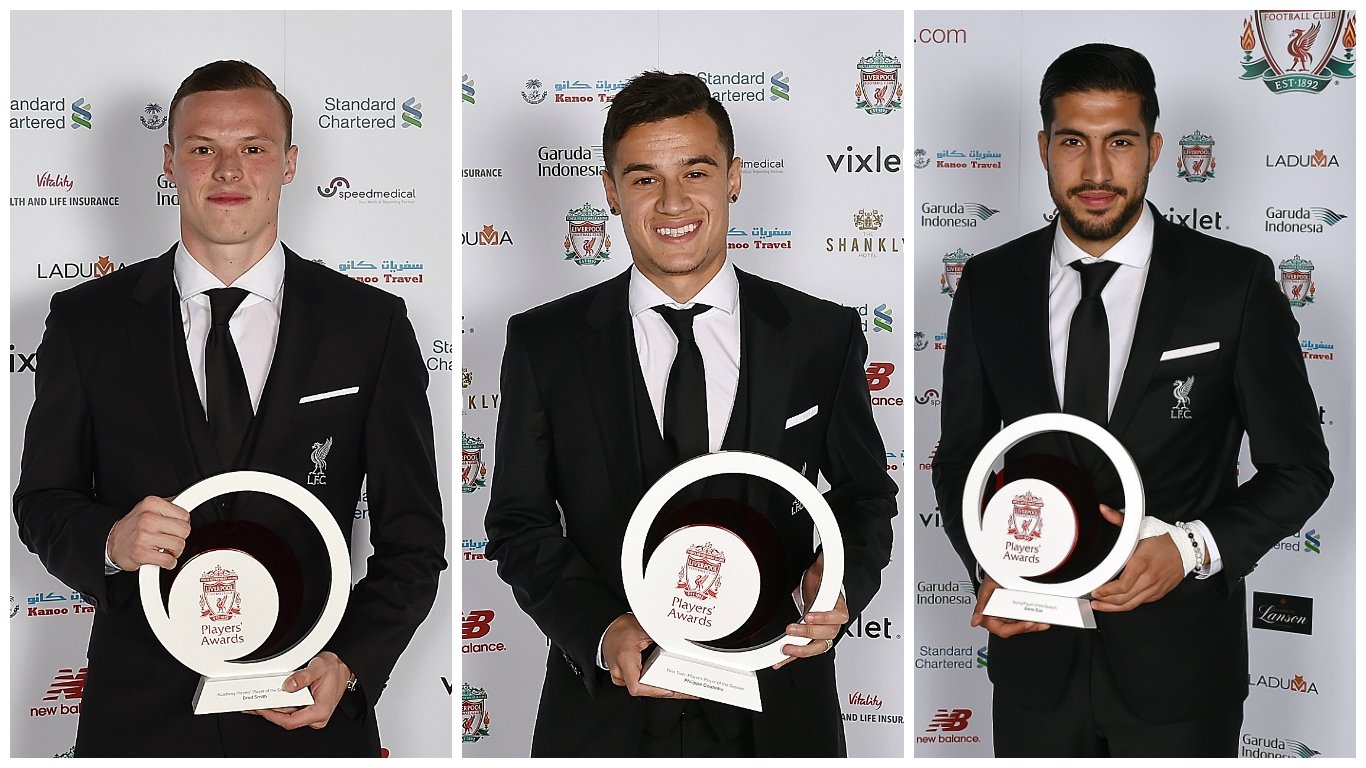 “Thank you to all our fans,” he said after collecting the goal award.

“It was a good goal but the most important thing was that we beat them. And now we have our final”.

Club legend Steven Gerrard sent a message via video telling the side to bring home the Europa League trophy, while Emre Can picked up the club’s young player of the year award.