You are here: Home / Blog / The World’s Most Powerful Sports Agents 2018

The World’s Most Powerful Sports Agents 2018

Another year, another billion dollars in deals negotiated for The World’s Most Powerful Sports Agents. With more than $33.4 billion in combined contracts netting $1.6 billion in commissions, the world’s top 50 sports agents have proven yet again that brain power and shrewd negotiating skills can be just as lucrative as the athletic prowess their clients display on the field and court.

Coming in at No.1 on the list for the sixth consecutive year is baseball super-agent Scott Boras, whose $1.88 billion in negotiated contracts will earn him a cool $105 million in commissions. Boras has a record nine contracts worth more than $100 million under management, including pitching duo Max Scherzer and Stephen Strasburg’s $210 million and $175 million deals with the Washington Nationals, as well as Chris Davis’ $161 million deal with the Baltimore Orioles.

And while the groundbreaking $250 million contract Boras negotiated for former client Alex Rodriguez is no more, it is likely that the world’s most powerful agent will once again revolutionize the business when he negotiates current client Bryce Harper’s free agent deal this coming off-season. Some estimate Harper’s contract could be in excess of $400 million! Boras Corp – the agency that carries his name – comes in at No. 5 on Forbes’ list of The World’s Most Valuable Sports Agencies, and it represents a client roster that also includes New York Yankees center fielder Jacoby Ellsbury and  Houston Astros second baseman Jose Altuve.

Moving up to No. 2 is Jorge Mendes, the world’s most recognizable soccer agent. With more than $1 billion in negotiated contracts and $100 million in commissions, Mendes and his Portugal-based agency Gestifute International once again rule the most lucrative sport in the world. Mendes made waves this past summer when he helped negotiate client Cristiano Ronaldo’s move from Real Madrid to Juventus for an astounding $117 million transfer fee. Some of Mendes’ other clients include: Bayern Munich winger James Rodríguez, as well as midfielders Ángel Di María of Paris Saint-Germain and Bernardo Silva of Manchester City. 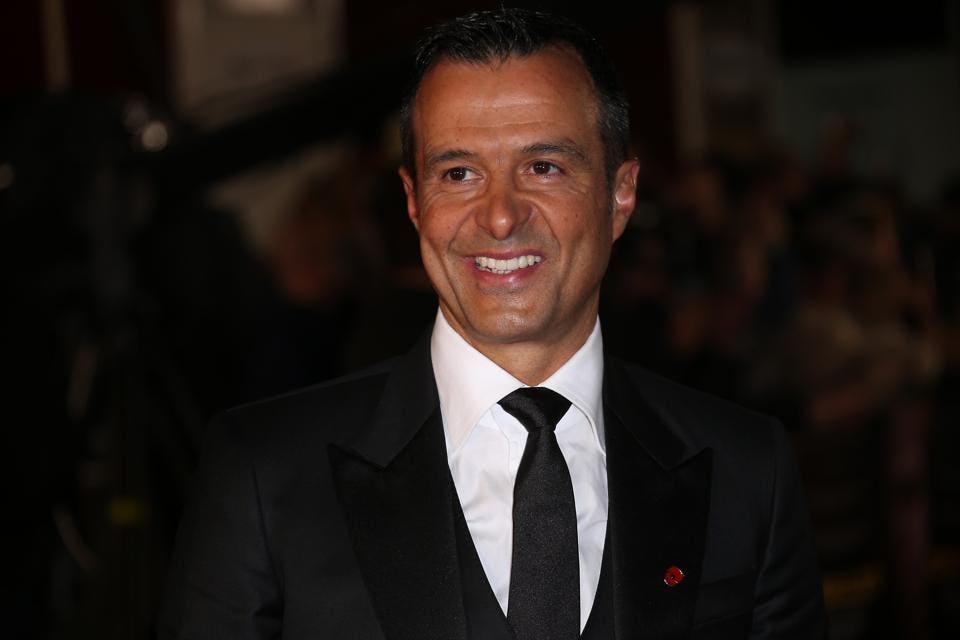 The two most lucrative sports when it comes to professional athlete contracts are soccer and baseball, and since agents are allowed to charge high commissions in both sports, they’re able to make some serious money. Indeed, seven of the top ten spots in this year’s World’s Most Powerful Sports Agents ranking belong to baseball and soccer agents, including No. 3 Jonathan Barnett, who has negotiated almost $800 million in deals for his London based agency,  Stellar GroupLimited. Among Barnett’s clients are Real Madrid forward Gareth Bale, Manchester United winger Jesse Lingard and Everton goalkeeper Jordan Pickford.

Schwartz’s partner, baseball agent Casey Close, checks in at No. 6 on this year’s list with $1.2 billion in contracts and $62 million in commissions. Close has negotiated six contracts worth more than $100 million, including two over $200 million – Clayton Kershaw’s seven-year, $215 million contract with the Los Angeles Dodgers and Zack Greinke’s six-year, $206 million contract with the Arizona Diamondbacks. Fellow Excel partner and the world’s top golf agent, Mark Steinberg, rejoins this year’s list at No. 43, with an impressive roster of clients that includes legend Tiger Woods and rising stars Justin Rose and Justin Thomas. 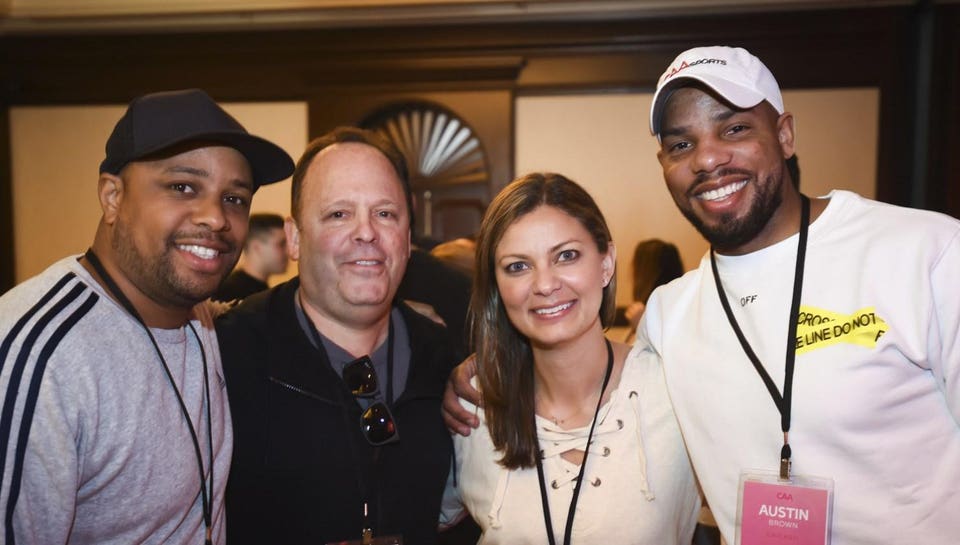 Creative Artists Agency (CAA) basketball has made an impressive run to No. 1 in the world. (From L-R: Ty Sullivan, Leon Rose, Jessica Holtz, Austin Brown).

Perhaps the most impressive climber on this year’s list is Creative Artists Agency (CAA) basketball agent Leon Rose, who moves up from No. 26 last year to No. 13 in 2018 with $600 million in contracts negotiated. Buoyed by the NBA’s rising salary cap, Rose helped negotiate several massive free agent deals for his clients over the last several years, including Karl-Anthony Towns $189 million contract with the Minnesota Timberwolves and Devin Booker’s $157 million contract with the Phoenix Suns.

Rose is joined by fellow CAA agents No. 33 Steven Heumann and No. 37 Aaron Mintz, and the trio has pushed the agency’s basketball division to No. 1 in the world. In total, CAA lands a leading eleven agents on this year’s Most Powerful Sports Agents ranking, including hockey agents Pat Brisson (No. 9) and J.P. Barry (No. 19), football agents Todd France (No. 10), Tom Condon (No. 11) and Jimmy Sexton (No. 28), and baseball agents Brodie Van Wagenen (No. 25), Nez Balelo (No. 31) and Jeff Berry (No. 44). Collectively, the eleven CAA agents have negotiated $8.4 billion in active player contracts and earned some $322 million in total commissions.

These rankings were compiled through extensive research into the client rosters and contracts negotiated by each agent in the team sports of basketball, football, baseball, hockey and soccer. The total contract value under management for each sport was then multiplied by the maximum agent commission (or average, when no maximum exists) as allowed by each respective players’ association: NFL (3%), NHL (4%), NBA (4%), MLB (5%), FIFA (10%).

Thus, agents are ranked in order of the maximum commissions obtainable from the negotiated contracts, instead of the total value of the contracts. In tennis and golf, sports agents do not make commissions from their clients’ on-court/course earnings, but only from the marketing dollars they help generate, for which they receive an average of 20%.

The list ranks the world’s top 50 agents across those six sports. And while maximum commission percentages aren’t solely responsible for agents either making or missing the list, they play a huge role in determining where each agent falls. Soccer and baseball allow agents to charge the highest commission rates, and so it’s no surprise that agents in those sports are beating their peers: The average agent on this year’s list earns $32.1 million in commissions, while soccer and baseball agents take home an average $39.4 million and $35.8 million, respectively.

Agents also earn income from negotiating marketing and endorsement contracts for their clients in the big five sports, but the overall value derived from any such deals is negligible for the average player. While no concrete data exists, Forbes estimates that the average professional athlete may make an additional 1% to 2% of their overall player contract from endorsement earnings, and their agents earn just 20% to 25% of that.

Jason Belzer is Founder of GAME, Inc. and a Professor of Organizational Behavior and Strategy at Rutgers University. Follow him on Twitter @JasonBelzer.